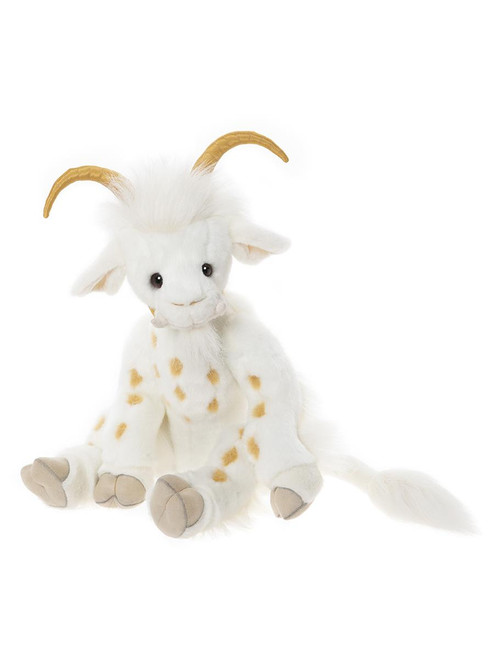 Keys is one of our new 'Queen Beast's' characters who follow on the series that started in 2019! This series has been inspired from the fantastical beasts that guarded the entrace to Westminster Abbey during the Queen's coronation in 1953.

Keys is a  Yale who has been made from white plush and he has two horns on his head which twirl, just like all Yale's do.

Keep an eye out for the rest of this series in 2020 with other characters which are Milo, Griff and Peregrine.

Limited Edition of only 2000 pieces worldwide

Get the latest updates on new products and upcoming sales