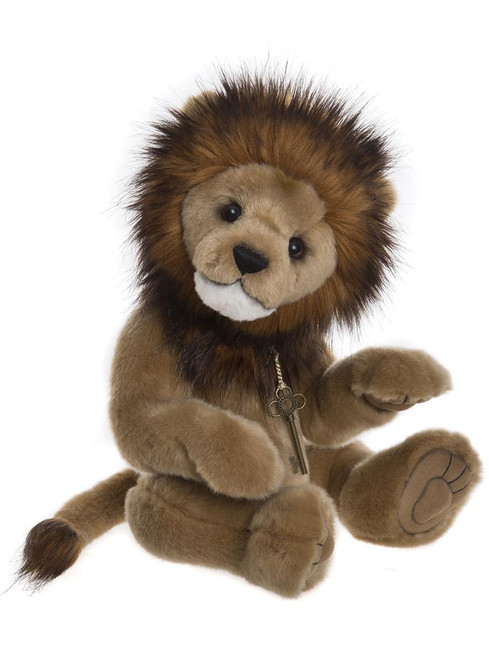 Did you know that when Her Majesty the Queen of England
was crowned in 1953 the entrance to Westminster Abbey
was guarded by ten fantastical creatures? These are known as
the Queens Beasts and this eclectic new mini-series within
the 2019 general plush collection showcases 4 of these. The
second release in this first series is our cuddly lion Goliath.
He has been created using a selection of luxurious plush in
royal golds and tonal browns. Additional facial sculpture
has been added to emphasise his character and a full headed
mane. He has sculptured paw pads and a long tail. Packed
with personality his quirky little character shines through.
A simple necklace added as well as his accessory. He is a
numbered limited edition of 2000 pieces and takes us to
the half way mark on this year’s first series of our fantastical
Queens beasts. The full limited edition set features China the
bull, Goliath the lion, Oona the unicorn and Grumbleweed
our friendly dragon. Goliath has been created using synthetic
plush fabrics, he has been fully tested to meet all relevant
toy safety standards in the USA, Europe and Australia.

Get the latest updates on new products and upcoming sales